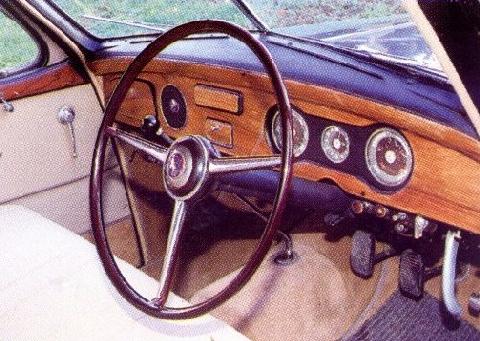 In addition to the Greogroire, another new model, the Anjou, was shown at Paris that year.  The headlights were now within the wings and the car was available with either a four-cylinder or six-cylinder engine.  These were a 2,312 cc 74 bhp motor and a 3,485 cc 100 bhp power unit.  Most of the cars were equipped with a Cotal automatic gearbox while the first and second gears of the manual box did not have synchromesh.

These were also fine cars with just one problem; they did not sell.  Delahaye and Delage who also made prestige cars were confronted with the same problem.  The three companies decided to work together in making trucks and military vehicles.