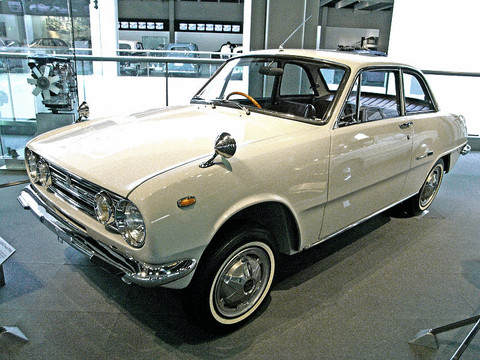 The first cars to be produced were Hillman Super Minx, built under licence and then the range was expanded in 1961 with a design of their own, the Bellel.  This car was powered by a 1,491 cc or 1,991 cc engine.  This was followed two years later by the Bellett, which was the first Japanese car to be sold in .  The Bellett was made with at least eight different engines.  The smallest was a 1.3 litre with the biggest petrol engine being a 1.6 litre unit.  There was also a 1.8 litre diesel engine in the range.

Unfortunately the car was designed for the smaller Japanese and did not sell well but things were more successful when Isuzu conformed to European norms.  The new designs were produced by specialists such as Giugiaro.
Source: Motorbase
Have you any further information on this car?
Click here to tell us.
There are 3 further pictures
[View Full Gallery]
Related Contacts
[ suggest a contact ]
Related Links
[ suggest a link ]