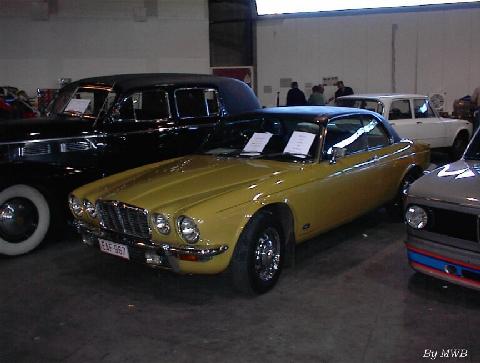 The Initial XJ6, which became known as the Series I, had a choice of two six-cylinder motors: a 2,792 cc that produced 149 bhp and a 4,235 cc, giving 186 bhp at 5,200 rpm.  There was also a Daimler model with a grille covered in chrome.  The Series II XJ6 was also launched elsewhere than London: this time Jaguar chose Frankfurt in 1973.  The car was a disappointment since the only immediately noticeable difference was the lower front grille.

Further scrutiny revealed that the instrument panel was now directly in front of the driver instead of being spread across the entire wooden dashboard.  The car had a choice of 2.8, 3.4 and 4.2 litre engines but the short stroke 2.8 was unreliable and not up to its task and few were delivered.