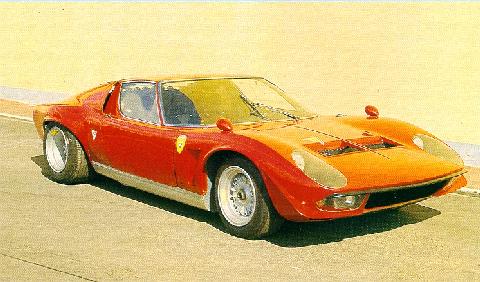 Worth a brief mention on its own is the Jota, despite the fact that only one prototype was built and then written-off, followed by three replicas (with less powerful engines). It came into being as a 'private' project of Wallace's, still keen on racing. Basically a Miura re-engineered for racing, it featured major use of lightweight materials, including an aluminium floor and bodyshell. The latter also featured significantly larger wheelarches to cover the bigger wheels and tyres. The suspension featured competition style adjustable components whilst the brakes got ventilated discs. The powertrain was modified to separate the engine and transmission oil supplies, the former getting a dry-sump system. Numerous other modifications were made to reduce the weight and cope with the increased performance.
Source: Motorbase
Have you any further information on this car?
Click here to tell us.
There are 2 further pictures
[View Full Gallery]
Related Contacts
[ suggest a contact ]
Related Links