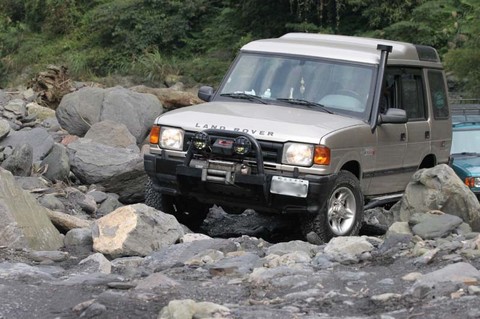 The best compromise between a family car and a superb off-roader.  Seven-seat option turns it into a people carrier, too.  Versatile or what?

Source: Motorbase
The Discovery was introduced into the United Kingdom in 1989. The company code-named the vehicle "Project Jay", and came close to calling it the "Prairie Rover" until the decision was made to improve the overall branding strategy, eventually leading to the Land Rover name becoming detached from any specific model (at the launch of the "Defender" name.) The new model was based on the chassis and drivetrain of the more upmarket Range Rover, but with a lower price aimed at a larger market segment and intended to compete with Japanese offerings.