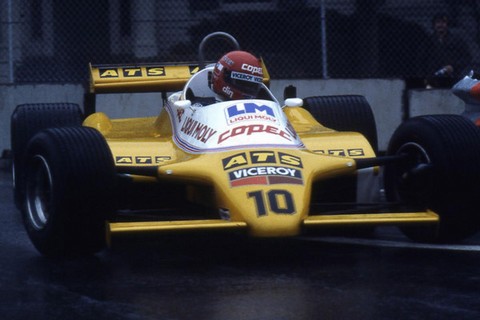 The Lotus 107 was a Formula One car used by Team Lotus. Designed for the 1992 Formula One season, it brought in a final, short-lived period of competitiveness for the team in Formula One. A fresh design by Chris Murphy (apparently based on an unbuilt design he started at March), it had smooth sweeping lines a world away from the long developed and antique looking 102D. Lotus also harked back to competitiveness of previous decades with a supply of Ford Cosworth HB V8 engines, of a similar - if older - specification to those being used by Benetton. The 107 was the first Lotus to be fitted with a semi-automatic gearbox.

Source: Wikipedia
Have you any further information on this car?
Click here to tell us.
There are 2 further pictures
[View Full Gallery]
Related Contacts
[ suggest a contact ]
Related Links

Suggest a link relating to Lotus 107