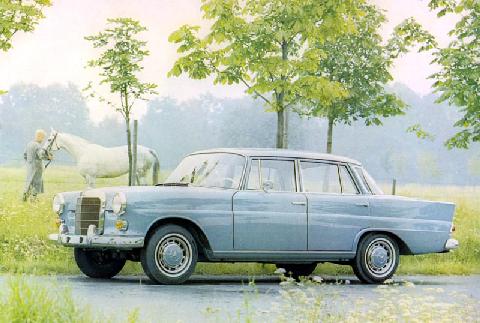 Following the success of the 190 series produced from 1961(over 350,000 cars), Mercedes announced a facelifted, more powerful 200 series in 1965. The new car looked similar to the out-going 190, which meant it retained the "Fintail" rear wings and angular styling. The 200 had minor trim differences and featured new flasher lamps below the headlamps (replacing the front wing mounted 190 items).

The 200 now had servo assisted, dual-circuit brakes with front discs and a choice of floor or column mounted gearchange. The petrol engined 200 had twin-carbs which produced around 95bhp. Production of the "Fintail" 200 lasted until 1968. 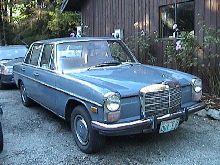 Suggest a link relating to Mercedes-Benz 200