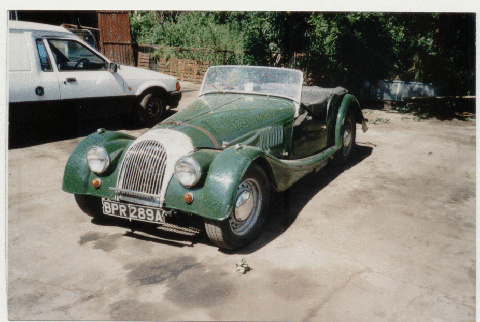 Morgan reintroduced its previously popular 4/4 in 1955, five years after the last 4/4 had been made. The Series II 4/4 used a tuned version of the venerable 1172cc Ford side-valve engine, which could normally be found in the 100E Anglia and Prefect. The 4/4 SII also shared the ancient Ford 3 speed gearbox, hardly suitable for a sports car!