Morgan Plus Four Plus 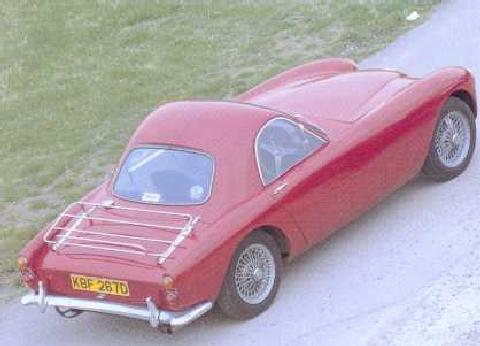 In 1964 Morgan began to worry about its long-term future and decided that it needed to up-date its vintage model line-up. To answer this "problem" Morgan announced its first and last, fixed head coupe, Plus Four Plus. The car used the standard Plus Four mechanical items, including the Triumph TR engine and gearbox.

The genesis of this clean but unusual (for Morgan) body style was underpinned by a preceding chassis improvement that greatly reduced flexing.

This made it possible for a GRP body to be attempted without fear of its being farily swiftly cracked by the flexing chassis.

Sadly, it was not a success, only 26 cars would be built before production ended in 1967.  Its lines had yet to acquire the classic status that they enjoy today.  At the time this was less obvious. 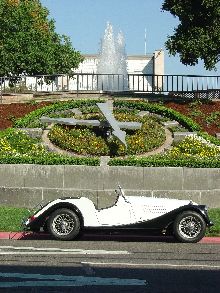 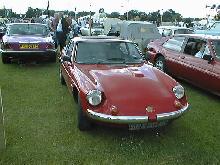 Suggest a link relating to Morgan Plus Four Plus