Oldsmobile mainly produced sensible family saloons but the occasional sporting model, such as the 4-4-2 has emerged from time to time.  The model number represents a four-speed gearbox, with quadruple carburettors, and twin exhaust.

By 1968, the car was sold as a separate model that appealed mainly to younger drivers. 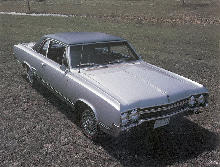 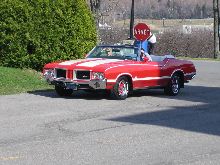