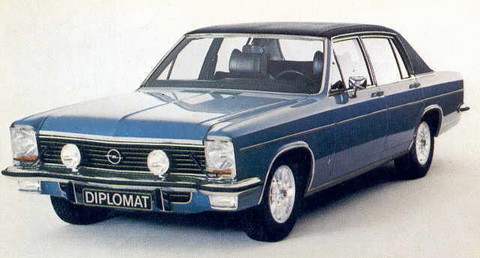 This was the most expensive of Opel's biggest three cars (Kapitan, Admiral and Diplomat).  It was given a new body in 1969 and remained with little external change until 1977.  The car was powered by a 5,354 cc V-8 engine.

The Diplomat, such as the 1973 example, had much in common in both size and mechanics with smaller American cars.  It had a Chevrolet V-8 engine and Turbo-Hydra-Matic transmission.