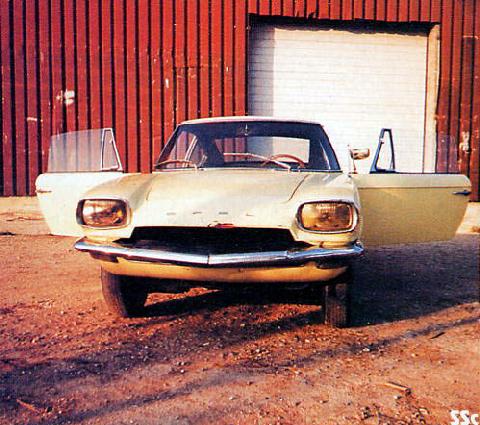 The first Opel Kadett after the war appeared in October 1962.

In 1957 Opel Product Director Karl Stief was mandated by General Motors headquarters in Detroit to develop "the perfect Anti-Volkswagen" ("einen perfekten Anti-VW"). The development team was headed up by Stief, supported by Hans Mersheimer (car-body) and Werner K. Strobel (engine and running gear), under conditions of such secrecy that even now very little is known of the development history of the 1962 Kadett. 649,512 of cars had been built at the company's new Bochum factory by the time it was replaced in July 1965.

The Kadett clearly featured a much more modern design than the Volkswagen Beetle which then dominated the market for small family cars in Germany and various surrounding countries. The Kadett offered more passenger space, massively more luggage space and a much less encumbered view out. Its water cooled engine enabled it to provide a far more effective heater. Even fuel consumption was under most conditions superior to that of the Volkswagen, and many commentators much preferred the Opel's handling and its light and effective brakes to those of the market leader.

However, by the mid-1970s the Kadett's greatest relative weakness was already painfully apparent, as the cars disappeared rapidly from German roads while the Beetles endured. The Kadett's bodywork was not well protected from corrosion.

Suggest a link relating to Opel Kadett A