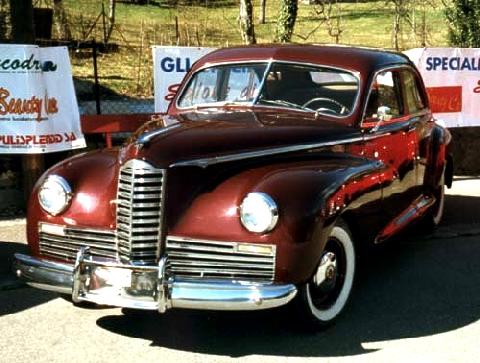 The first post-war car came off the line on 19 October 1945 and once again the Clipper was successful.  Packard wanted to build 100,000 of them but events prevented them.  There were regular strikes among the employees and if the strikes were not in their own factory then there were strikes at those of suppliers of parts, tyres, wheels, batteries etc.  Work stopped forty-seven times during 1946 and when workers at General Motors went on strike Packard had to send their workers home for fifteen days.  If there was no strike in the car factory then it would be at Briggs who built the car bodies.  There were even six strikes at Briggs within three days.

The consequence of this industrial unrest was that Packard only built 30,793 cars for the 1946 model year.  These were two and four-door Clippers with huge 4,621 cc straight-eight engines.  It was mounted on a heavy chassis and was finely trimmed.