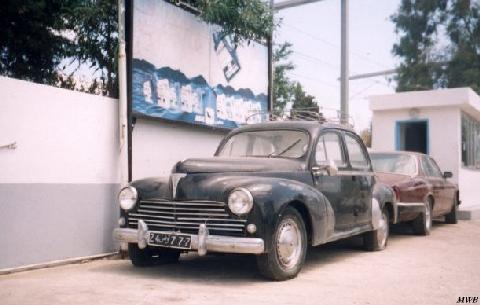 Work had gone on during the war on a post-war car so that the 203 was ready to introduce in the autumn of 1947.  The 203 was an extremely modern car with streamlined monocoque body and a fine four-cylinder overhead valve engine that produced 42 bhp from a capacity of 1,300 cc.  The engine had a bore/stroke relationship of 75 x 73 and hemispherical combustion chambers in the aluminium cylinder head.

The Peugeot 203 could be bought as an estate in 1950 with a 200 mm  (8 in) longer wheelbase than the saloon. The cabriolet or convertible was called "decouvrable" by the French.  The sides of the car were fixed but the entire roof could be rolled back.

Although the 203 was built for many more years, a successor appeared in 1955. 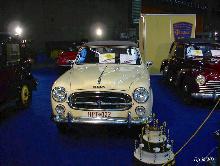 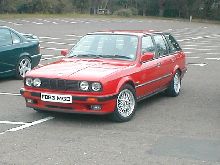 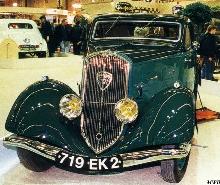 Suggest a link relating to Peugeot 203