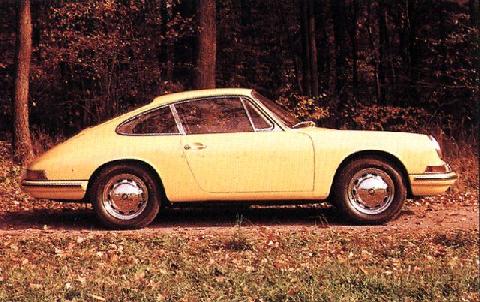 The legendary 911 first took a bow in and was actually built alongside the older, outgoing 356C. Originally the 911 was to be known as the 901, however French manufacturer, Peugeot, had already registered this name and Porsche were obliged to re-name their new baby - 911. Of coarse the model name 911 is now practically a household name across the world, it lives on in, albeit much changed format, production today.

Powered by a 1991cc air-cooled, flat 6 engine the 911 came with dual-circuit disc brakes and triple choke carbs. Originally only available as a fixed head coupe a new body style joined the range in . This new body featured a removable roof center section that turned it into a semi-convertible. This new model was known as the 911 Targa and would become a successful model in its own right.

Suggest a link relating to Porsche 901