Following World War 2 Rolls-Royce, along with many other companies, found themselves with a different, global car buying market place.

Britains post-war government had a clear message to their car manufacturers, "export or die". With these two factors in mind Rolls-Royce re-assessed its outdated approach to selling cars as "chassis only" in order to survive.

The first cars to be produced by R-R were the Bentley MK6 and Rolls-Royce Silver Wraith launched in 1946. The MK6 was a relatively compact car that sold well in the all important export markets, particularly the US. Due to customer demand the Roll-Royce Silver Dawn appeared in 1949, essentially a R-R version of the MK6.

The Silver Dawn used the same "standard steel" body shell and chassis as the Bentley as well as a de-tuned version of its engine. The Silver Dawn's engine was of 4257cc (1951 cars were big bore, 4566cc) and used only a single carburettor, however even with a single carb the performance was still more than adequate. A few coachbuilt cars were made though most Dawn's used the standard steel body and were LHD. LHD cars used a column gear change, RHD cars had the much nicer floor change found in the MK6. The Silver Dawn received the new long boot body in 1952, by then 761 cars had been built. 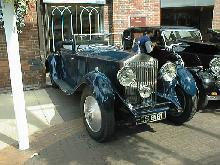 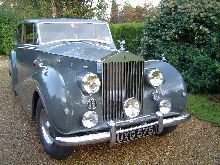