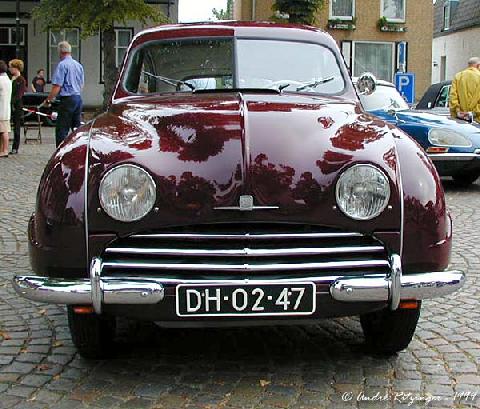 The first prototype, designated 92001 by the factory, was first driven in 1946 and a further three prototypes were made in 1947, which resembled 92001 but had mechanical differences.

The Saab's body remained unchanged for many years but the cars were continuously improved.  From 1953 they got access to the boot.

Source: Motorbase
Have you any further information on this car?
Click here to tell us.
There are 6 further pictures
[View Full Gallery]
Related Contacts
[ suggest a contact ]
Related Links

Suggest a link relating to Saab 92