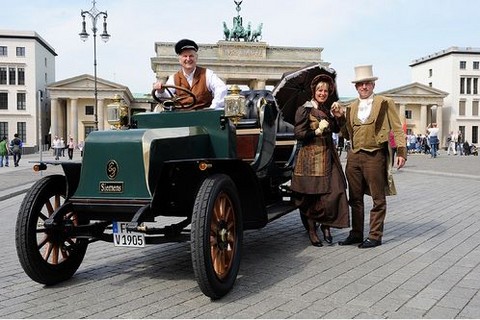 The Elektrische Viktoria was an electric car built in several versions by Siemens between 1905 and 1909 in Berlin. The versions comprised a four-seat convertible (advertised and used as a hotel taxi), a minibus with a box-like structure (much like a pickup), and a van.

The car was built in the Berlin based factory Siemens-Schuckertwerke, a Siemens subsidiary. The total number of units built is not known, but according to Siemens internal records, probably between 30 and 50 were produced. The price was steep by 1905 standards, at 11000 to 17500 Marks, depending on the model and battery capacity. At the time, a worker's monthly wages were in the range of 120 to 150 Marks.

Source: Motorbase
Have you any further information on this car?
Click here to tell us.
There are 6 further pictures
[View Full Gallery]
Related Contacts