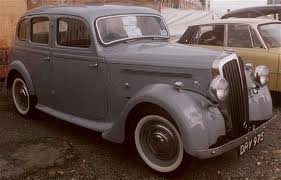 By 1947 Singer desperately needed a model to compete in the ever popular "12hp" saloon sector, rather than develop a new car Singer simply re-launched its pre-war model, the Super Twelve.