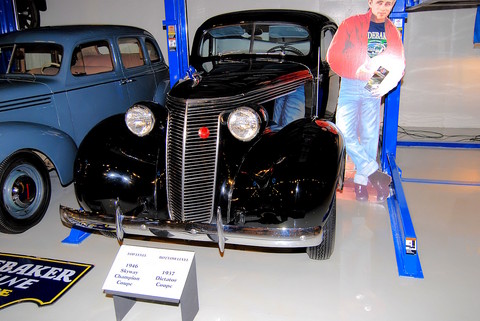 Ford was able to restart supplying cars on 3 July 1945 but because Studebaker were required to continue making Weasels for the war against Japan, its customers had to wait.  There were 651 cars for the 1946 model year made in 1945.  These Skyway Champions had both two-door and four-door bodies and the same 2,785 cc six-cylinder side-valve engine fitted in the military Weasels.