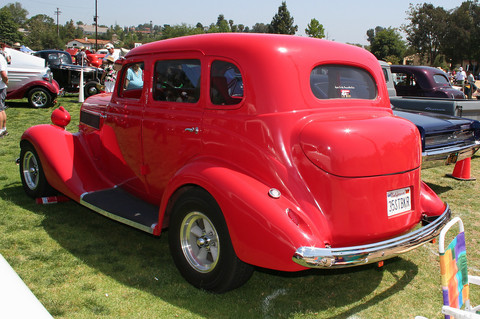 The Studebaker Dictator was an automobile produced by the Studebaker Corporation of South Bend, Indiana (USA) from 1927 through 1937. Model year 1928 was the first full year of Dictator production.

In the mid-1920s, Studebaker began renaming its vehicles. The model previously known as the Studebaker Standard Six became the Dictator during the 1927 model year; internally these models were designated model GE. The name was chosen to imply that Studebaker's model "dictated the standard" that other automobile makes would follow.

At the end of the 1935 model year, Studebaker suspended production of the Commander, marketing only its Dictator and President series in 1936.
Source: Wikipedia