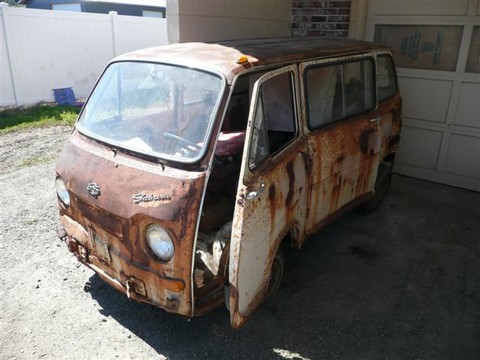 The Subaru 360 was the first car to leave the factory in 1958.  It was the size of a Fiat 500 but four-wheel drive had not been dreamed of by Subaru's engineers so the engine was rear mounted and drove the back wheels.  It was a 356 cc twin-cylinder two-stroke unit with output of 16 bhp.

Suggest a link relating to Subaru 360