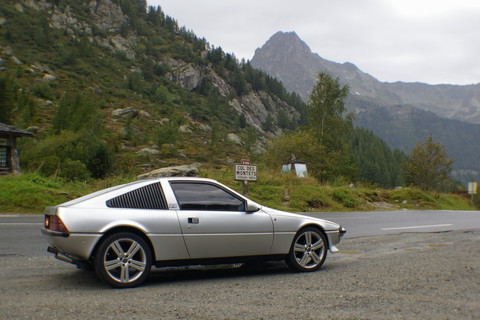 The Matra Murena was a 3-seat sports car produced from 1980 through 1983 by the French engineering group Matra and developed in cooperation with the automaker Simca. In 1979, however, Simca as a part of Chrysler Europe was taken over by PSA and the Simca cars were rebranded to Talbot. Therefore, the car was marketed as Talbot Matra Murena.

The Murena replaced the Matra Bagheera, a very similar vehicle resulting from previous Matra-Simca cooperation, and was largely based on its predecessor. Referred to as project "M551" during development, the Murena employed the base Bagheera structure, but substantial changes were made to address some of the concerns regarding the previous model. The car still had a steel spaceframe with body panels made of fibreglass-polyester, but to counter the rust issues plaguing the Bagheeras, the spaceframe was galvanized. The Murena was actually the first production car to use galvanized steel for all chassis parts. This, coupled with the composite panels, made the car essentially immune to rust, except for the rear trailing arms of the suspension.

The Murena also inherited Bagheera's mid-engined layout together with the sleek hatchback body shape, with the rear hatch allowing access to the engine mounted behind the passenger compartment. The styling was all-new, though, and the body very aerodynamic for its time.  A unique feature carried over from the previous model was the sitting arrangement - all three seats were placed in one row, with the middle seat folding down to become an armrest.

The engine selection was different, however. The base version employed a larger version of the Simca Type 315 engines used in the Bagheera, displacing 1.6 L and shared with the Talbot Solara. The more powerful version employed the 2.2 L engine from the more modern Simca Type 180 family, which also served as the base engine for the larger Talbot Tagora. This engine was also available with the so-called "S-kit" that upgraded its output to 142 bhp - at first, it was a dealer-fitted option, but later it could be ordered straight from the factory.