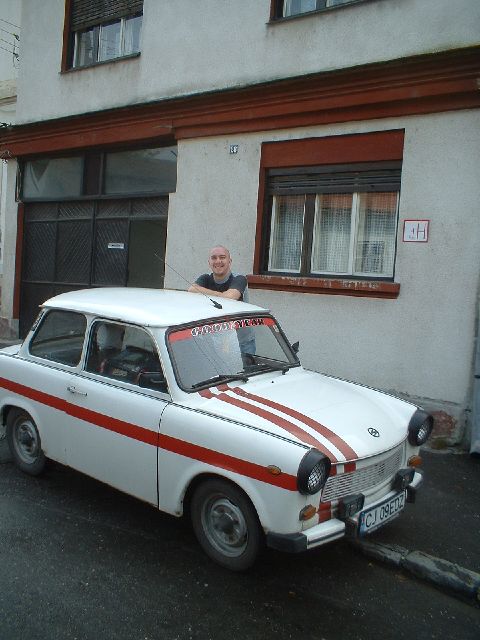 The Trabant was a steel monocoque design with roof, bootlid/trunklid, bonnet/hood, bumpers/fenders and doors in Duroplast, a form of plastic containing resin strengthened by wool or cotton. This helped the GDR to avoid expensive steel imports, but in theory did not provide much crash protection, although in crash tests it allegedly performed superior to some contemporary Western hatchbacks.  The Trabant was the second car to use Duroplast, after the "pre-Trabant" P70 (Zwickau) model (1954–1959). The duroplast was made of recycled material, cotton waste from Russia and phenol resins from the East German dye industry, making the Trabant the first car with a body made of recycled material.

The updated P601 was introduced in 1964. This car was essentially a facelift of the P60, with a different front fascia, bonnet, roof and rear, whilst retaining the original P50 underpinnings. This model stayed practically unchanged up to its production end, with the most major changes being 12v electrics, coil springs for the rear and a different dash for the latest models.

In 1989 a licensed version of the Volkswagen Polo engine replaced the elderly two-stroke engine, the result of a trade agreement between the two German states. The model, known as the Trabant 1.1 also had minor improvements to the brake and signal lights, a revised grille and replaced the leaf spring-suspended chassis with one using MacPherson struts. However, by the time it entered production in May 1990, the two states had already agreed to German reunification. The inefficient, labor-intensive production line was kept open only because of government subsidies. Demand plummeted, as residents of the east preferred second-hand western cars. The production line closed in 1991 and the factory in Mosel (Zwickau), where the Trabant 1.1 had been made, was sold to Volkswagen. The rest of the company became HQM Sachsenring GmbH. 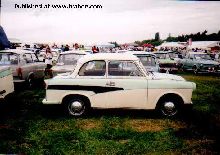 Suggest a link relating to Trabant 601