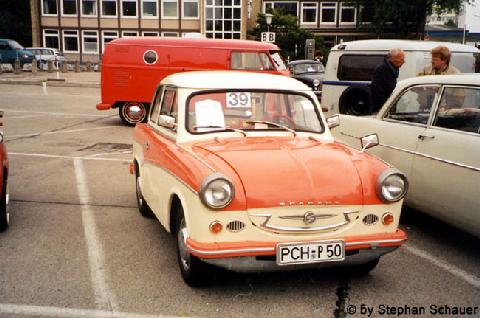 When the former DKW designed IFA F8 became too old for even the East Germans, a new model appeared in 1950 known as the Trabant P50.  The car had a modern body with wings incorporated and, as a first for Germany, it was constructed in glass-reinforced polyester.  Little though appears to have been given to the mechanical matters.

There was still a twin cylinder two-stroke engine under the bonnet with a capacity of 500 cc and output of 18 bhp but later 20 bhp.