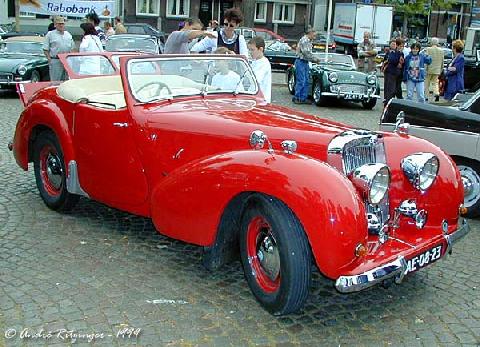 First unveiled in the Triumph 1800 Roadster was created from a strange cocktail of pre-war styling with classic 50's detailing. The new model shared its mechanical items with the 1800 saloon including a column shift gearchange.

The 1800 Roadster body consisted of rounded front wings which swept into the 30's style lines, large separate headlamps, a traditional radiator shell and a three seater driver / front passenger compartment, complete with triple windscreen wipers. The most distinctive feature was the rear boot (trunk) which contained two small occasional seats. The boot lid consisted of two panels, one of which folded up to form a small windscreen for the rear passengers.

The 1800 Roadster was not a great sales success and probably owes much of its collectors status to the British TV detective series, Bergerac. The main character of the TV show could be seen driving a burgundy Roadster around the channel island of Jersey, perhaps a strange choice of car for a modern day policeman! 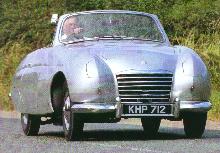 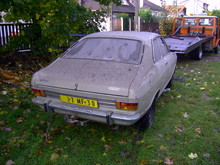