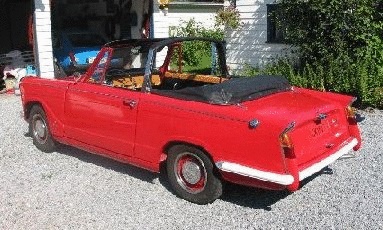 Standard-Triumph rewrote the small car rules in 1959 with the arrival of its new Herald range. The Herald introduced an unusual construction method and also used a separate chassis, the opposite to every other new car. Herald bodies were assembled from sub-sections (front end panels, mid section, roof panel and rear wings/boot) made for Standard-Triumph by outside suppliers. The body sections were assembled onto the separate chassis and enabled the car to be built in a variety of different styles (saloon, coupe, estate, van and convertible).

The Herald Saloon featured two doors, a roomy boot and had the front hinged bonnet assembly also common to the rest of the range. Early Heralds were quite basic and the interior trim included a cardboard dashboard to save weight and costs. Power came from a tuned Standard 10, 948cc twin carb engine which gave the Herald lively performance. 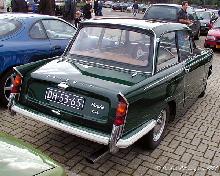 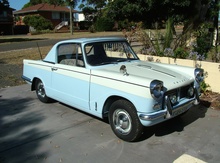 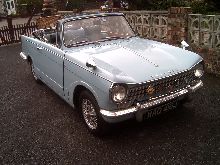