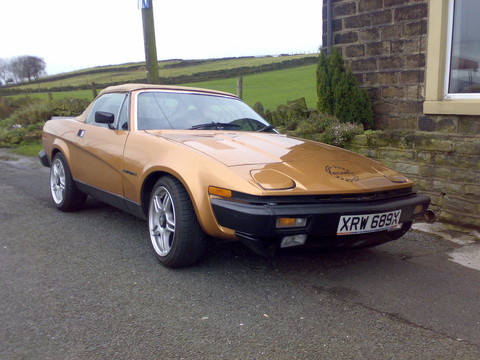 The TR6 was a futuristic hardtop coupe bodyshell with distinctive cut off rear window and pop up headlamps housing a roomy 2-seater interior.  Powered by a 1998cc version of the Dolomite 1850 engine the TR7 found favour with the buying public who appreciated its long-legged, torquey performance, supple ride, enjoyable rear-wheel drive handling and comfortable interior.  Early build quality problems stemming from being built in a brand new factory were overcome following a short halt in production and relocation to Coventry in 1978.

The Convertible version was designed and launched in 1980.  The soft-top transformed the Coupe's controverial looks and with a snug and comfortable interior and no real competition save for the smaller Fiat X1/9 the Convertaible sold steadily until production ceased at the end of 1981, although sufficient stocks remained for the car to be sold well into 1982.