The first spiritual ancestor to today's TVRs appeared in 1963, the V8 powered Griffith 200. The Griffith 200 mated the impressive US-built Ford 289 V8 engine with the delicate body and frame of the Grantura III. Despite all of this extra power the Griffith had to make do with the BMC rear axle used on the smaller engined cars.

In 1964 an Griffith 400 model was introduced. This revised model had an improved cooling system(much need with a 4.7 litre V8 in a GRP body!) and a new rear window which offered better visibility and a more modern appearance. Production of the Griffith 400 lasted until 1967. 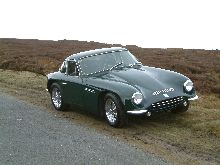 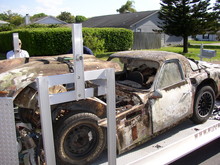 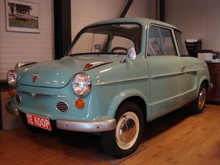