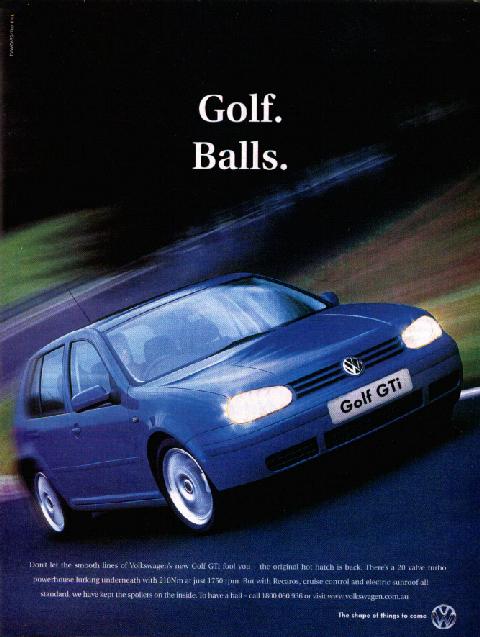 Launched in 1997, the Volkswagen Golf Mk4 (or VW Typ 1J) was the best selling car in Europe in 2001 (though it slipped to second place, behind the Peugeot 206, in 2002). The Mk4 was a deliberate attempt to take the Volkswagen Golf series further upmarket, with a high-quality interior and higher equipment levels. Overall the level of maturity of the design and its target audience were also evident — the humorous plays on the game of golf which resulted in special edition models of the three earlier generations being called "Golf Ryder", "Golf Driver", not to mention the GTI's "golf ball" gearlever knob were dropped, and replaced with a more subtly styled golf ball knob.It was replaced in 2004 by the Volkswagen Golf Mk5.

The Golf Mk4 was a significant car in its class. As with its big brother, not only was it the first step of Volkswagen moving its products upmarket to plug a gap between the mainstream machines and the premium cars, with SEAT and Škoda taking over as the mainstream in a new level of interior quality and sophistication never seen before from a mainstream brand in the class. In fact, the quality of the Golf was on a par with its sister Audi A3 from the year before, but cost considerably more than other cars in its class.

The latest model remained faithful to the Golf concept but included some of the new "arched" styling themes first seen on the Mk4 Passat.

As with the Mk2 Golf, Volkswagen did not make a convertible version of the Mk4 Golf. Instead, the firm replaced the front and rear bumper bars of a Mk3 Golf and gave the car the Mk4 headlights and the grille to match. This was done to give it the car the frontal styling of the Mk4 Golf hatchbacks. The rear had its number plates moved into the bumper bar and a larger VW logo was incorporated over the Mk4's typical hatch handle. The interior was also improved with "pixel" treatment to the dashboard, blue lighting for the instrument panel and more use of chrome, such as the door handles.