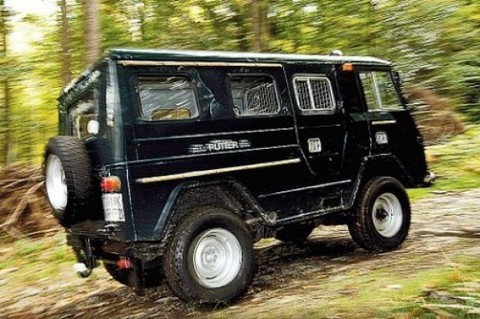 Volvo Laplander L3314 is the base model of a range of military vehicles produced by Volvo.

The L33-series was offered in different body-variants such as hard-top, half-cab, soft-top, or special versions, mounting anti-tank weapons. All cars are forward control except the open L3304.

The base version was L3314SU, soft top. Other versions was L3314HT with hardtop and mechanical winch, L3304 anti-tank gun car and L3315 communications with shielded 24V system.

In 1977 an upgraded version of the L3314 was offered on the civilian market as the C202. It was a hard-top with the stronger B20 engine instead of the B18 but weaker axles and no differential brake. The C202 was manufactured in Hungary as a cheaper alternative to the rather expensive C303. Civilian versions of the L3314 series, as well as the C202, are often called the Volvo Laplander.


Source: Motorbase
Have you any further information on this car?
Click here to tell us.
There are 16 further pictures
[View Full Gallery]
Related Contacts
[ suggest a contact ]
Related Links