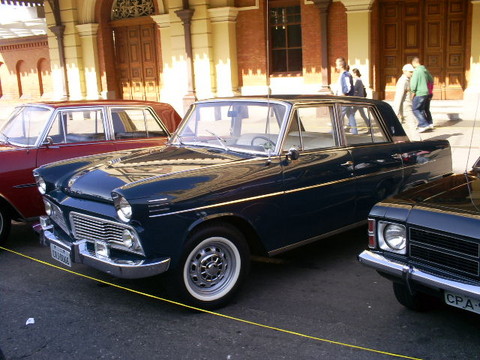 The engine was a replica of the Jeep motor with overhead tappet-operated inlet valves and push-rod operated exhaust valves.  The 2,638 cc six-cylinder engine produced 110 bhp at 4,400 rpm.  Power to the rear wheels was controlled via a column-operated gear-lever to the three-speed gearbox.