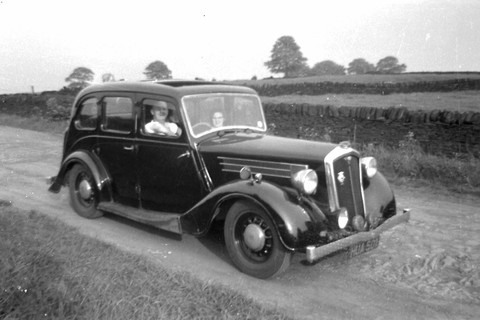 Like many other Nuffield products of the late 30's, the 1938 Wolseley 12/48 Series III would find itself still being produced after WW2 as a stop gap model. The 12/48 made use of the ageing 1548cc over-head valve engine that had been used in various Morris/Wolseley cars throughout the 30's, performance was fairly unspectacular!

Coachwork for the 12/48 resembled the larger six cylinder Wolseley cars, it came complete with a sunshine roof and built-in hydraulic jacks. Other niceties included reversing lights, leather upholstery and a n opening windscreen. The 12/48 Series III was finally discontinued in 1948.