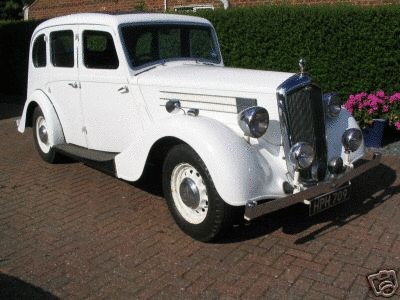 The 14/60 Series III was yet another example of a pre-war Nuffeild design "warned-up" for the car hungry post-war market, the 14/60 first appeared in 1938 and remained in production until the all new designs arrived in 1948.

The 14/60 used a 60bhp, twin carb, six cylinder engine which was only capable of a modest 70mph and confirmed the cars pre-war design links. Production of the 14/60 Series III ended in 1948 with the arrival of the new post-war Wolseley range.