Although little more than a pre-war design the Wolseley Eight was the first new post 1945 car to reach the post-war market. The Eight used the Morris 8 Series E body as its base, fitted with an instantly recognisable Wolseley bonnet and grille to give the small saloon a distinguished appearance.

"Power" came in the form of a overhead valve 918cc, four cylinder engine which developed a modest 33bhp, indeed it was originally intended to use this engine in the revolutionary Minor, sadly this did not materialise!. The Wolseley Eight stayed in production until 1948 when a new, improved range of cars appeared. 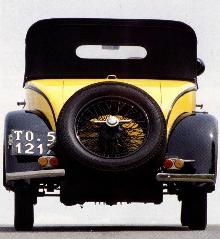