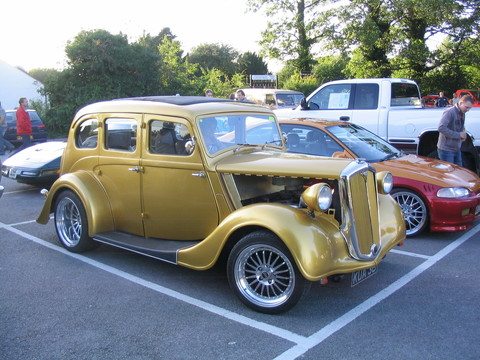 First launched in 1939 the Wolseley Ten remained in production alongside other pre-war models until 1948. The Ten was really a luxury version of the Morris Ten which provided the 1140cc overhead valve engine. Unusually although the Wolseley shared the Morris body, it was actually mounted on a separate chassis instead of being of the more modern unitary construction.

Mechanically the Ten used mainly pre-war technology, although hydraulic brakes and a synchromesh gearbox were included as standard. Inside the Ten was well equipped as expected of a Wolseley, this included an adjustable steering wheel, window draught excluders and leather trim.