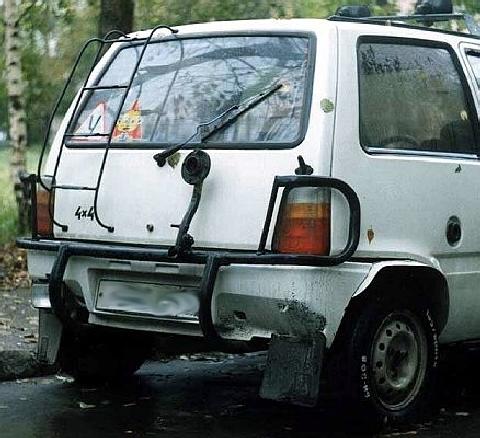 Work on a concept vehicle which later became the Oka began in VAZ in 1981, the leading designer of the project "OKA" was Jury Nikolaevich Kuteev.

The mini-car OKA was developed in 1986 and produced since 1987 without any major modifications.  At first this production was based in "KAMAZ" where commercial trucks were produced.  In December 1991 the factory was reorganized into joint-stock company "ZMA".

In 1995 SeAZ used the ready-made cars that were supplied by VAZ, and was engaged only in their re-equipment in versions for invalids.

2005 brought bad news for OKA mini-cars.   AUTOVAZ lowered the production of the two-cylinder engine that was used in OKA mini-cars and VAZ made the final decision on stopping the manufacture of this unit.  As a result in 2005 the two factories (ZMA and SeAZ) could assemble hardly more than 43,000 cars.

In September, 2006 the OKA mini-car production commenced at SeAZ with the Daihatsu licensed powertrain that is made in China by FAW.

Another small production still exists in Naberezhnye Chelny by KAZ, which utilizes power units manufactured by MeMZ in Ukraine. These are four-cylinder engines of 1.1 litre and 1.3 litre displacement mated to a 4 speed manual shift transaxle.  KAZ was also producing few vehicles for export to USA, which are imported by MIROX Corporation.

Source: Motorbase
Have you any further information on this car?
Click here to tell us.
There are 3 further pictures
[View Full Gallery]
Related Contacts