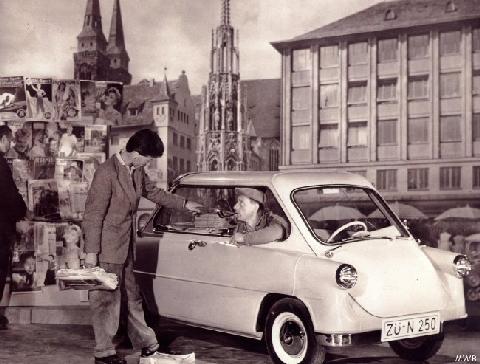 The name from the Roman God with two faces who could look both forwards and to the rear was chosen because the car was almost symmetrical front and back and only discernible from the lights.  The driver and passengers also sat back to back in the car.

Unlike other bubble cars they did not have to step into the cars but could walk in thanks to the large front and rear doors.  The rear wheels were powered by a 248 cc single-cylinder two-stroke engine that output 14 bhp.  This engine was mounted amidships beneath the seats.  Without a passenger the car could eventually reach 50 mph (80 kph) but took 35 seconds to do so with the foot flat on the floor on the accelerator.  The Janus was no speed freak.